Brisbane Child Care lists Acacia Fitzroy Creche in Fitzroy, who continued to provide excellent Day Care care, education and support for the children and their families of Fitzroy Australia.

It is generally agreed that Acacia Fitzroy Creche began early in the 1890s in a hall at St Mark's Church, George Street, Fitzroy. The Fitzroy Council granted 100 pounds towards the building of a new creche on the site opposite the Fitzroy Town Hall on Napier Street. Donations made from the community and a very generous donation by Mrs. G. C. Ferguson guaranteed the balance of the estimated 800 pounds required to build the centre. The ignuagural meeting was held at the Creche and Free Kindergarten in 1913.

During the W.W.I depression and W.W.II the Creche suffered from a lack of funds to maintain the building as all money was used for clothes and food. For a short time the Creche was closed.

In 1947 a larger building was designed to take 50 children with provision for residential care for 12 children. The name of the Creche was also changed to the Fitzroy Creche and Day Nursery. Land was bought at 124 Young Street in April 1955 and on 22 April 1956 Lady Brooks opened the new building. The Nursery was opened 20 June 1956 by Lady Slim. By 1963 the Creche was caring for 50 children from 7.30am till 5pm, five days per week.

In August 1965 the Committee was notified that the land on which the Creche stood was in the Housing Commission's Reclaimation Area. In January 1968 the Housing Commision agreed to pay compensation and the land was made available at the corner of Napier and Condell Streets. The present building was completed and officially opened by Lady Delacombe on 30 September 1970.

Our aim is to function as an extended family in order to provide your child with the security, warmth and love which are essential to their development and growth.

Is Acacia Fitzroy Creche in Fitzroy your business on Brisbane Child Care, please claim your listing and subscribe to update your contact details and receive your phone calls and emails from your clients. 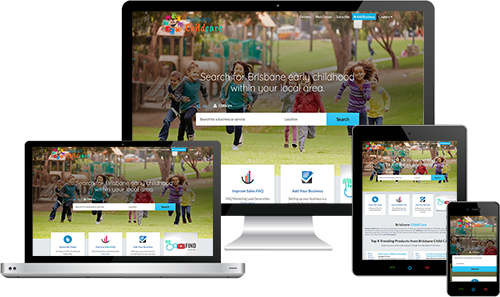 Why is it important to Claim my Listing

When You CLAIM OR ADD A LISTING you receive Missed phone calls and Client Emails from Brisbane Child Care plus dozens of partner sites. Gain access to your clients now and Rise through the Rankings on Google and Brisbane Child Care.